Buying a video games console is a big deal, you’re probably reading this because you’re a parent wondering whether you should take the plunge, or maybe you’ve already made your mind up but the big question now is do you go for XBox , Playstation or Wii ?

As a rule of thumb I would say that the WII is a good choice for younger children and the PlayStation is a better fit for
adult gamers, you might get one for your husband! But the XBox makes a good choice for teenagers. Don’t get me wrong there are kiddy and adult games available on the Microsoft platform but it seems to sit more in the middle. A further advantage is that MS have tried to bring their XBox and Windows platforms together meaning that Play Anywhere games can be purchased digitally and played on both PC and XBox making it a nice future proof approach should they later graduate to PC gaming.

We give the Xbox One Console a 4.5 out of 5 gift satisfaction rating but would you rather find out what real buyers thought? Click through now to read real user reviews.

Why they'll love it: 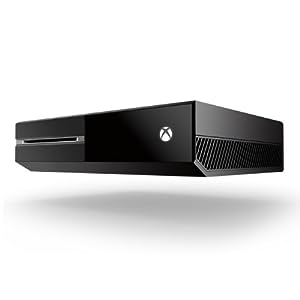 The Xbox games console has been one of the most successful gaming devices in the world gaining millions of devoted fans from across the globe. With massively popular franchises such as Halo the platform is hugely popular.

An XBox opens up the world of video games and ensures access to some of the hottest titles available at the moment. With the might of Microsoft backing the console and ongoing attempts to unify with the PC gaming market the XBox is an exciting platform to buy into right now.

Wondering what other buyers thought of this gift idea? Read these real buyer reviews and see what they thought.

Don't think this is suitable, click on one of these instead:

If this isn't quite what you're looking for, don't worry, here are some more ideas to look at